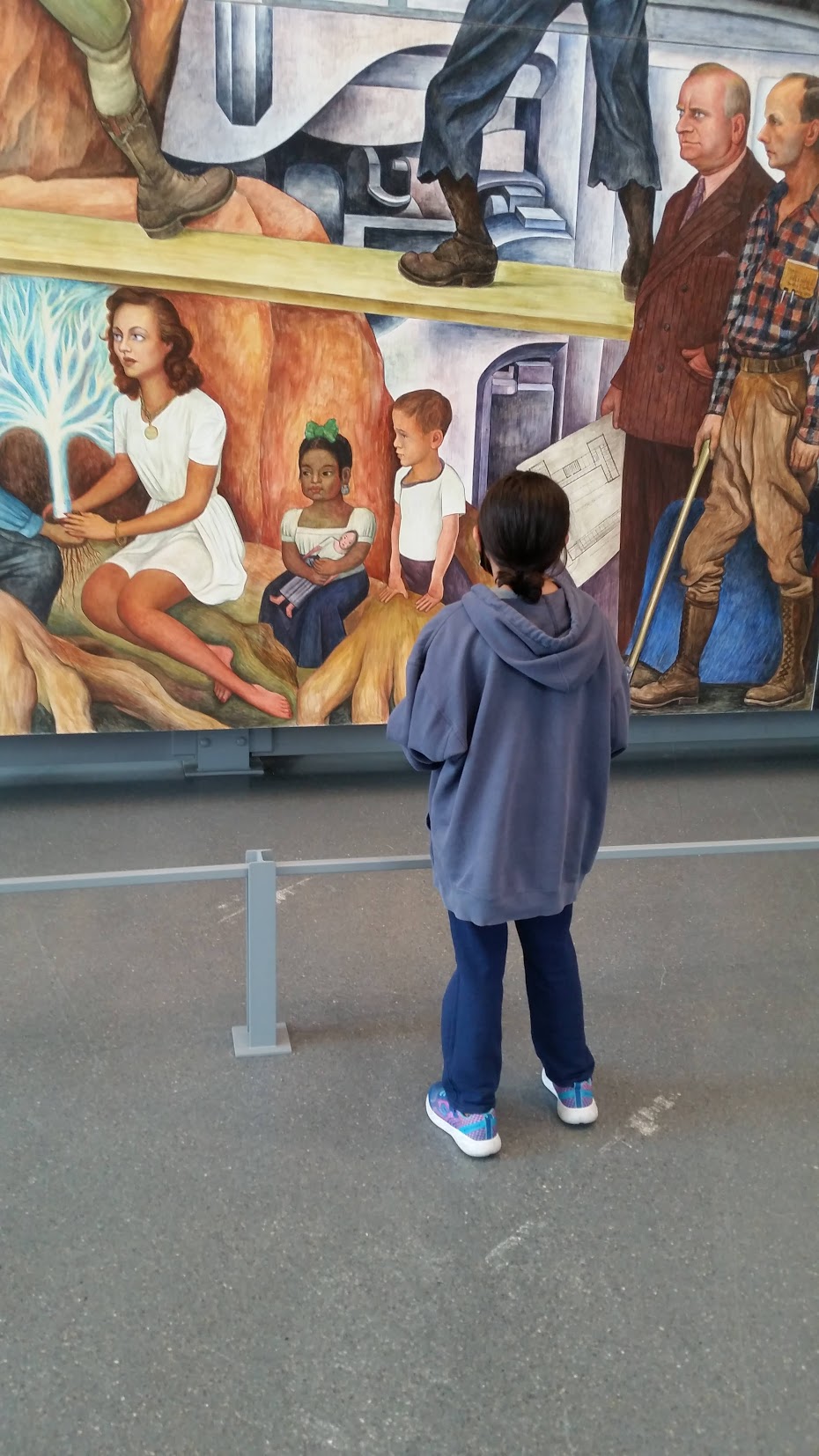 The main emotion I’m feeling is gratitude. To the team, to my late Rivera partner, Julia Bergman (because you should never forget the person you came to the dance with), and to all the people who helped, please know that you did a great job. This project has been a feather in the cap for every participant. Appropriately, the indigenous peoples of the Americas placed great value on feathers. Exciting connections and opportunities for the mural are flooding in. Have spent a lot of time with the mural watching people engaged with all the mesmerizing imagery. The beautifully renewed and well-publicized mural sends its sincere thanks.

Our gracious UNAM collaborators’ Spanish-language magazine article is fresh off the press (a YouTube Video of the project is embedded in the article. The end of the  article lists the UNAM team members.)

Two of my Zooms are coming up: September 13 for the Community Living Campaign  and September 15 for the Osher LLI. (Though having similar introductions, they have different second halves.)

[The link for the NBC Bay Area ½ hour mural move documentary, broadcast on July 2, has yet to be posted.]

Will, a proud team member

On a sad note, Nieves Orozco, one of Diego’s favorite models, whom Julia and I had the great honor to interview in 2006, passed away May 29 (August 5, 1922-May 29, 2021). In 1940, divorced from Frida, Diego publicly announced he would next marry Nieves. She famously is the Desnudo con Alcatraces. She told me that she posed with her back to the artist because she was pregnant. She was also Paulette Goddard’s attendant in the portrait Diego did of the movie star and Nieves gave us insight into how Paulette’s brief entry into our story radically changed the course of Diego’s life. Que descanse en paz. 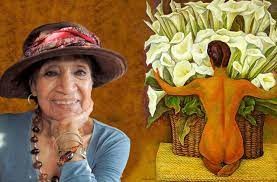