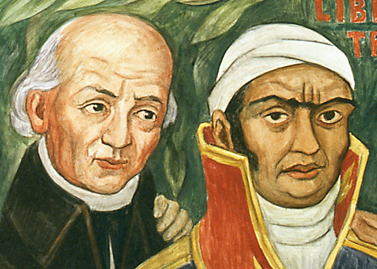 The Mexican Consulate and Consul General Remedios Gómez Arnau kicked off the festivities a week early at a War Memorial Building reception. San Francisco’s City Hall will be lit up red, green, and white to honor the day.  We had a chat at the opening of the Mexican Museum’s exhibition of Mexican Masks (at the Consulate till October 11), part of the museum’s Museo sin Muros program. She will visit the mural later this month. Also ran into Robert McDonald and Vivien Bertozzi of the Bond Latin Gallery. Their son Max created a video of our mural for their Gallery website. On my last visit to the gallery, Max showed me works by the great Mexican artist  Francisco Toledo, who, sadly, passed away recently. Here is some of his work.

Happy birthday (September 27), Donald Cairns, the little boy in the lower center of the mural. Donald was “founded” in 1935, the same year as City College and SFMOMA. Donald and Kathé attended my JR talk at SFMOMA on August 9 and he got introduced to the audience. 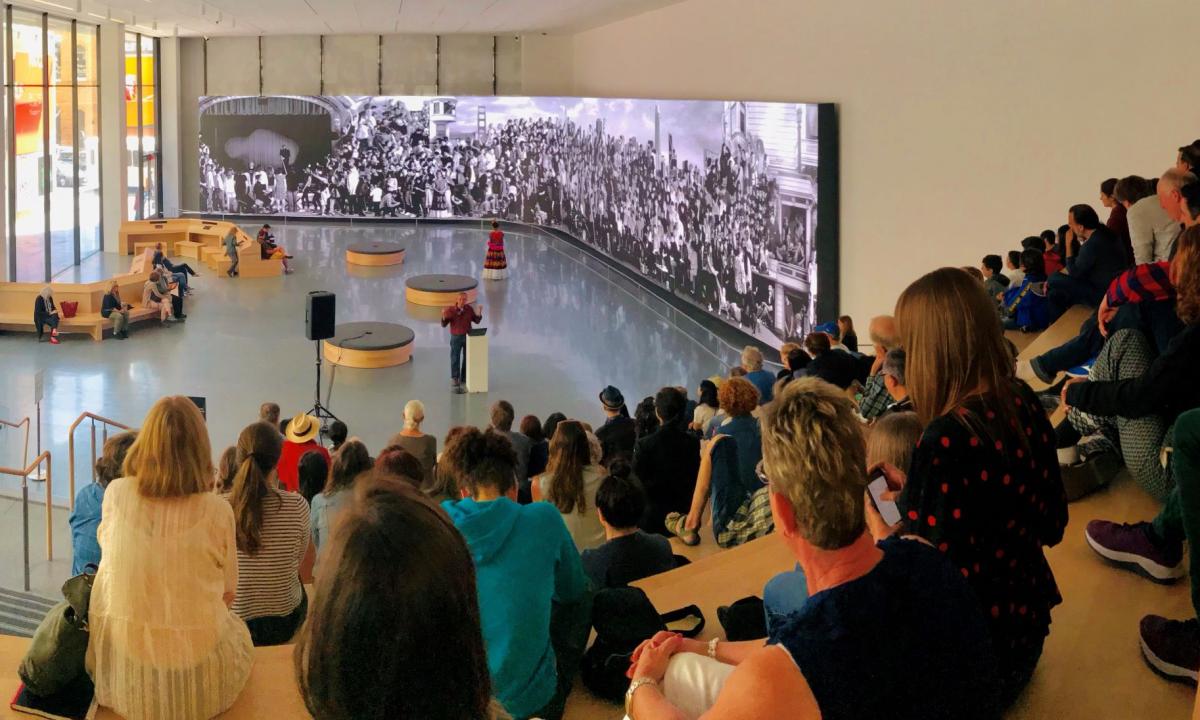 Diego’s Bag of Tricks: The work round the mural, which started again July 1, has been a boon on many fronts. After returning home, Mexican photographer Ricardo Alvarado  sent me books containing his work. It became apparent to me that Diego’s repertoire of imagery extended far past the examples I’d gleaned over the years. For example, the nudes and sun on the ceiling in the City Club’s 1931 Allegory of California are right from the 1927  Chapingo Chapel murals, as are the miners and the hand holding fruit.

A Mexican post-doc chemist, who came to analyze Rivera’s plaster and pigments, turned out to be my “cousin.” Miguel Ángel Máynez is from Valle de Allende, Chihuahua, my grandmother Herminia’s hometown (Miguel said it’s small and everyone is related).  This, also, is the name of my late beloved mentor, Uncle Mike, a theater director. Everyone should have an Uncle Mike or an Auntie Mame.

My favorite UNAM mechanical design engineering professors Alejandro Ramirez Reivich and Pilar Corona Lira returned, along with one of their grad students. They recorded and analyzed vibrations induced in the mural and its frame by the coring work on the exterior concrete wall. Grad school fresco conservation interns from Italy and Malta helped clean the mural and map the giornata. All the information gathered will become layers on the photogrammetry images shot by Cultural Heritage Imaging and hosted at Stanford’s Digital Library. By late September the mural will again be available for viewing from the mezzanine. All these art professionals and more joined our local team in a symphony of cooperation and amistad, which felt like the “Summer of Love.”

Washington High School: The school board agreed not to destroy the Arnautoff murals. The NAACP, actor Danny Glover, and writer Alice Walker have come out in support of the murals, negating contentions that mural advocates supported a “white supremacist” narrative. Now, the task is to keep the murals uncovered. There is a fundraiser this September 17.

An interesting article on artist  Agnes Pelton references women artists, who have surfaced in our research (and a couple that I know). Am hoping that connecting with California Desert Art might lead to information on Diego Rivera’s apocryphal visit(s) to Palm Springs.

Rick Tejada-Flores reminded me that the archives for his PBS American Masters Rivera in America documentary are available at the Washington University Film and Television archive in St. Louis.

Graciela Iturbide, famed Mexican photographer, will appear at the JCCSF, Sept. 26 in conversation with artist Enrique Chagoya. Saw a huge show of her work last January in Mexico City. This photo was taken when she visited the peoples in Juchitán, Oaxaca, at the invitation of Francisco Toledo. 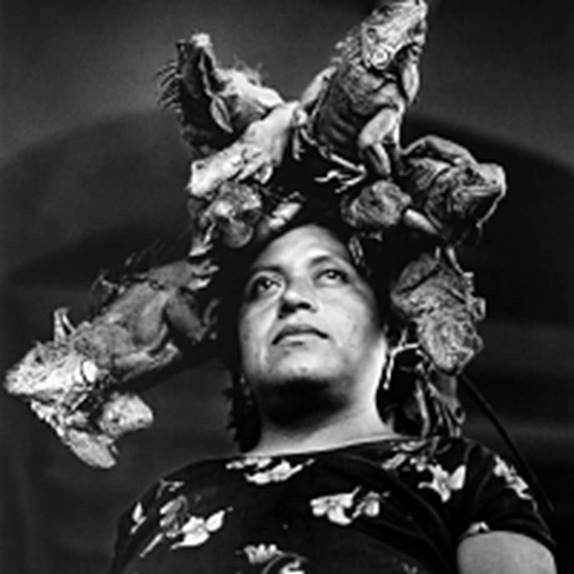 Sargent Johnson is also buried there. He currently has several pieces on display at SFMOMA’s 2nd floor gallery in addition to Forever Free. Sadly, the great artist’s grave has no marker. His concrete casting of athletes, cut out from our old gyms, are in storage at City College, awaiting a new site. 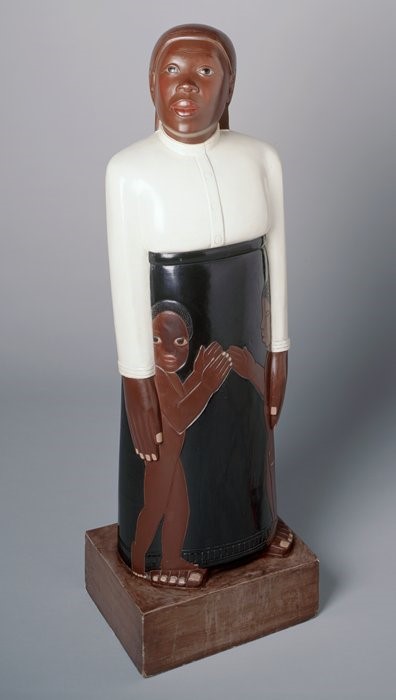 Twenty-three years ago, Tannis Reinhertz changed my life. My friend was the instructor in the Pierre Coste Dining Room (part of City College’s Culinary program), where I dined daily. There was a student-donated mural on the wall, which she told me was due for a change. With her class helping, we pried the panels off the wall. She then asked me what I was going to paint on the wall as a replacement? Though I had some ideas, the old Diego Rivera mural poster remaining alone on the wall gave me an idea. Using the photos for the poster, we could hang a large mural reproduction. Unfortunately, the photos were nowhere to be found. But, I soon met the late Julia Bergman, the Works of Art committee chair, just back off a sabbatical. The librarian offered to underwrite new mural photography to create a reproduction, on one condition; I had to join her committee. This jump-started a splendid twenty-year Diego Rivera collaboration with one of the finest people I’ve ever known.

Now, our dear Tannis has lost her long, heroic fight with cancer. Her request, so many years ago, pointed me down my destined road, the road taken. I will be forever grateful for her gift. 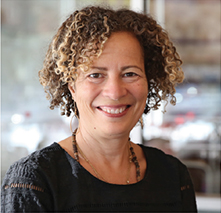