There must have been an instantaneous rapport between Dudley Carter and Diego Rivera. Upon arriving in San Francisco, the Mexican artist immediately featured Dudley in the center of the mural design. A survey of Mexican sculptor Mardonio Magaña’s work offers a reason. Diego also featured him in the mural and helped support Magaña’s art, very much as San Francisco’s Albert Bender had supported Diego’s. Both worker/sculptors had a straightforward technique, which invoked art from the north American continent. (See: Photo Gallery, Image 1)

In the name of pan American unity Diego and Dudley also thought of working together to create art for the 19,000 mile Pan American Highway.

Dudley, who lived to be over 100 years old, returned to City College in 1983 to clean up the coats of red paint, the school color, which students had applied to the Ram. (See: Photo Gallery: Restoring the Ram)

Dudley also helped recover his Goddess of the Forest which had suffered during its poor installation at Golden Gate Park. Art instructors Roger Baird and Phil Pasquini and artist Emmanuel Montoya, then a student at City College, helped Dudley salvage the Goddess, which required radical pruning. (See: Photo Gallery: Goddess of the Forest) [See https://diva.sfsu.edu/bundles/187038 at 10:45 to see Dudley carving the Goddess]

See PDF: Restoring the Goddess of the Forest for an explanation of the process.

See Expeditions Unknown for the Goddess as a clue in a treasure hunt. 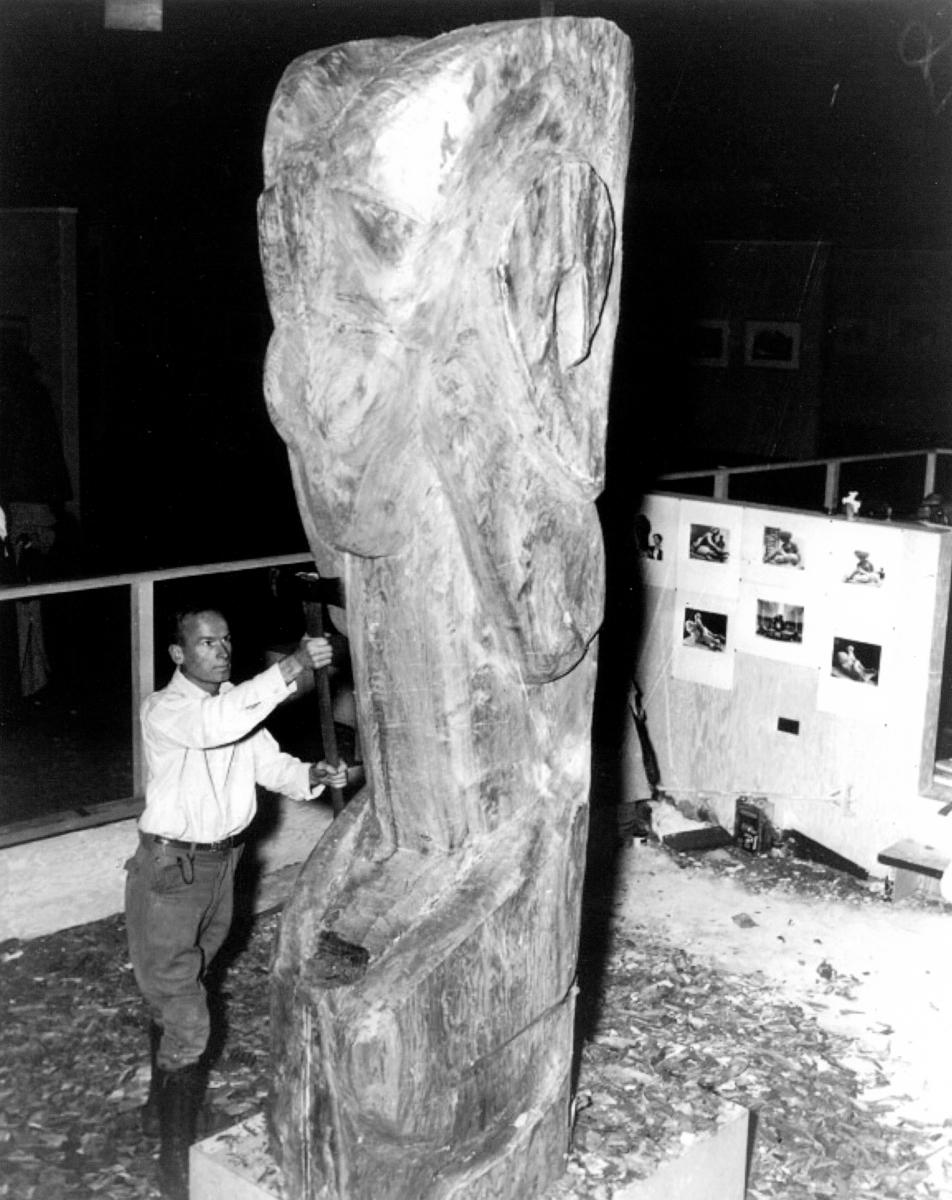 Dudley Carter: Goddess of the Forest

This recording features Dudley being questioned by Emmy Lou Packard. The transcript has parenthetical edits to refresh faulty recollections.

Montoya’s recording with transcript captures a little of the negotiations with Golden Gate Park officials regarding the Goddess: 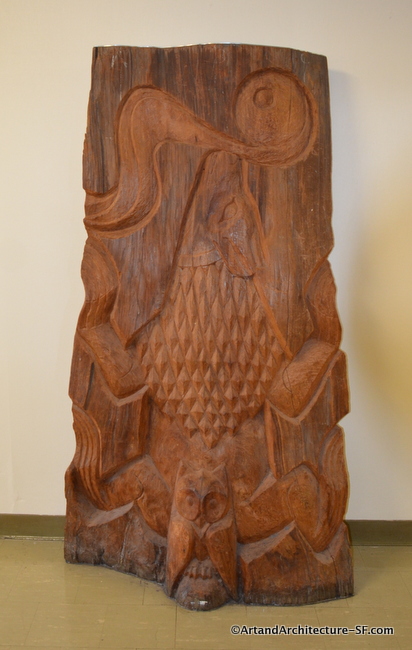