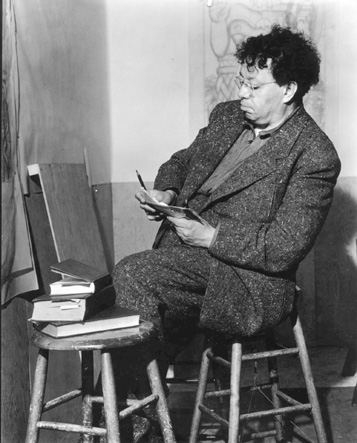 Diego Rivera (1886-1957) was one of Mexico’s most important painters and a major artist of the twentieth century. Born in 1886 in Guanajuato, Rivera studied traditional European artistic styles at the Academia de San Carlos in Mexico City. Rivera combined this classical training with the influence of Mexican folk artist Jose Guadalupe Posada, emerging as an accomplished painter with a distinctly Mexican style by the age of sixteen.

In 1907 Rivera traveled to Spain to study the works of Goya, El Greco, and Brueghel at Madrid’s El Prado museum. Later he moved to Paris and became fascinated with the avant-garde Cubist movement which Pablo Picasso founded. After four years devoted to Cubism, Rivera began to question the movement.

Influenced by the Mexican Revolution (1914-15) and the Russian Revolution (1917), Rivera believed that art should play a role in empowering working people to understand their own histories. He did not want his art to be isolated in museums and galleries, but made accessible to the people, spread on the walls of public buildings. To this end, Rivera traveled to Italy to study early Renaissance fresco. When he returned to Mexico, he was ready to formulate his own style of public paintings that would speak directly to the working and indigenous peoples of Mexico.

The opportunity to implement his new ideas came in 1921, when a new cultural program was instituted to bring art to the masses. The Mexican government commissioned Jose Clemente Orozco, David Alvaro Siquieros, and Rivera to paint a series of fresco cycles for public buildings, instigating what became known as the Mexican Mural Renaissance. These great artists painted on the walls of public buildings across Mexico. Their works created a new iconography that represented complex social and national themes, religious motifs, and a pre-Hispanic world view.

When political repression intensified in Mexico in the late twenties, Rivera was enticed to paint in the United States. During his first two commissions in San Francisco in 1930-1931, Rivera and his wife, artist Frida Kahlo, were extremely well-received. Rivera was quite pleased, therefore, to return to San Francisco in 1940 to execute the Pan American Unity mural for the Golden Gate International Exposition. This work represented a culmination of hundreds of murals painted for the public, and also demonstrated his affectionate relationship with San Francisco.

In addition to being a celebrated and controversial artist, Diego Rivera was also a provocative political activist who incited debate not only in Mexico, but also in the USA and Soviet Union. Since his death in 1957, his hundreds of public artworks, his many oils and watercolors, and his political daring continue to contribute invaluably to the development of public art across the Americas. 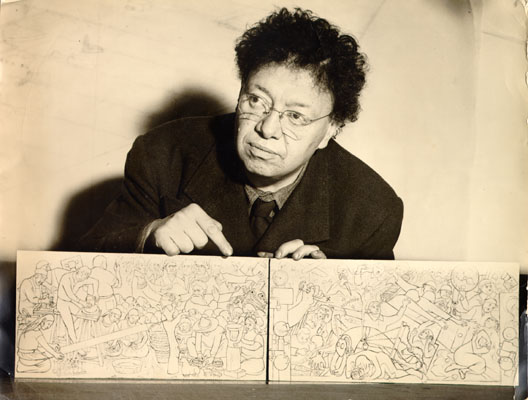