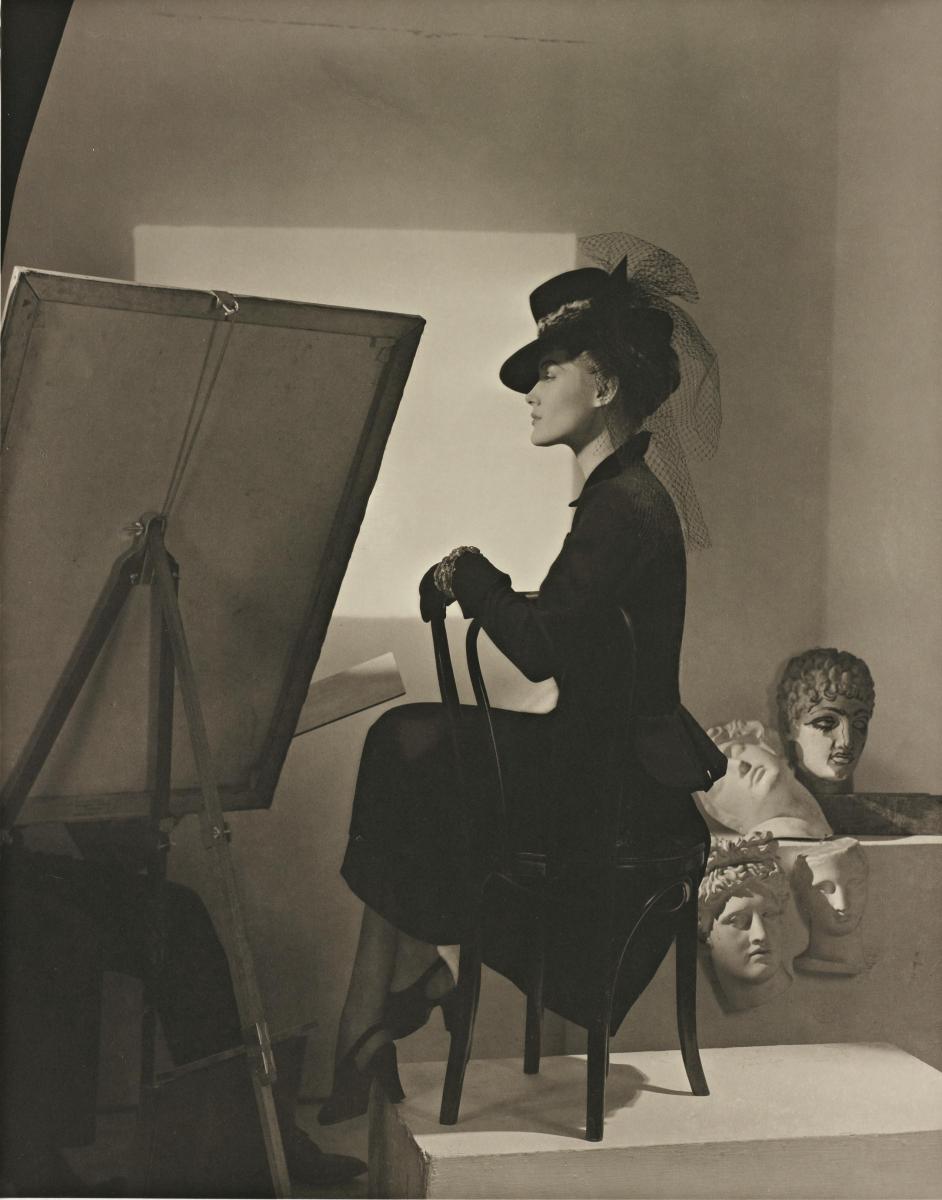 ALERTS: The August 12th benefit opening of Cherrie Moraga’s The Mathematics of Love at the Brava Theater supports the Chicana/Latina Foundation.

In anticipation of the DeYoung’s Teotihuacán: City of Water, City of Fire show opening September 30, now is a good time to enroll in Art 105 in our CCSF Latin American and Latina/o Studies with Dr. Edgar Torres, mi amigo and truly one of City College’s treasures.

We were excited at the end of June to pore over a Diego Rivera mural drawing at SFMOMA with curators James Oles, Caitlin Haskell (Edvard Munch – a great show), and Michelle Barger, Head of Conservation. We inspected the 13 foot, original 5-panel concept drawing for Pan American Unity that Rivera abandoned very soon as he made more precise drawings. Re-inspecting the drawing I’d first seen in November 2015 with SFMOMA & LACMA curators, helped refine my imagery chronology. I will see James Oles in Mexico City in November. [It was a surprise to see that the open space, which I’ve looked out on for years behind the Hotel Catedral, was the site of an Aztec Ball Court!]

As part of the Getty initiative’s Pacific Standard Time: LA/LA some smaller SFMOMA Diego Rivera mural drawings are being loaned to LACMA for their Found in Translation: Design in California and Mexico 1915-1985 show. A tip of the hat to my friend John Crosse for bringing me into the mix a few years back. In an embarrassment of riches, though LACMA has invited me to the September 2017 opening, I will be in Barcelona paying a working visit to the  Museu Picasso and the Galeria Joan Gaspar. (The Galeria is home to Picasso’s drawing Self Portrait as Suitor, which has Diego Rivera in the distance walking toward Picasso and which according to Picasso’s biographer John Richardson speaks to their sexual rivalry.) When I return in October, I also plan to see Another Promised Land: Anita Brenner’s Mexico. Here is background on that show.

In 1935 Estrella Elizaga (1938 photo has her reverting to her first married name) hosted a Mexico City party for George Gershwin, the subject of my play, Rapsodia en Azul: An American in Mexico. (I’ve finally finished the first draft). Recently Estrella’s grandson Nick Madigan was in town, so we got together. A contributor to the NY Times, he’s writing his grandmother’s biography. To help me with my play, a couple of years ago he generously gave me anecdotes of this phenomenal women who counted Charlie Chaplin, Diego Rivera, and Marlene Dietrich among her friends. Now an ageless 93 year old, Nick’s mother Cynthia as an eleven year old heard Gershwin perform all of Porgy and Bess for the party guests. Nick is putting me in touch with her and getting me the address of their Mexico City house on Paseo de la Reforma.

Working with Michael Owens at the Gershwin Trust we have facilitated the Museo Casa Estudio getting a selection of the George Gershwin photos taken there in 1935. Importantly, this will support redundancy in people who know this important story.

Thanks for all your help finding a copy of the Walls of Fire DVD. So many of you came up with libraries housing the work. I’m still looking to buy a very hard-to-find copy. Siqueiros’ painting of “Gershwin in Concert“ referenced in that film shows up in this video (~ 1:47) about Paint the Revolution; at its last stop, the Museum of Fine Arts, Houston.

CCSF Music Department Chair Madeline Mueller made my day by telling me she had acquired some new Emmy Lou Packard papers. They will be a welcome addition to our archives.

CCSF’s new Chancellor Mark Rocha is moving forward on the College’s plans for the Performing Arts Education Center and on significant outside offers of help with the mural move.

Had a nice visit to the mural from my friend Maria Pinedo, a founding artist at the Galería de la Raza, and fabulous papel picado artist Beatriz Vasquez, newly arrived to San Francisco on a fellowship. Lunch at Gallardo’s was a treat for us all. (I always take home the extra house-made tortillas to make quesadillas.)

Their second act, very dear to my heart, was Aaron Copeland’s Salón de México and Gershwin’s Catfish Row suite from Porgy and Bess. The Consulate’s extensive July Mex Am Festival programming included Everybody Loves Somebody at the Roxie with filmmaker Catalina Aguilar Mastretta in attendance.

Longtime volunteer Maureen Bourbin has become a helpful investigator for the Rivera Project. She found a contact at Christie’s auction house to forward our request to the anonymous owners of Rivera’s Encuentro Tropical, the painting for the Dude Ranch in Pleasanton, CA. Here is commentary she found for the 1999 auction: (Picture is from catalog.)

One of the auction’s highlights is Lot 30, “Encuento Tropical,” by Diego Rivera (1886-1957). This 41 1/2-by-78 3/8-inch oil on canvas was commissioned in 1944 for the Celebrity Bar at the Old Hearst Ranch in California. The work shows the new owners of the ranch who were converting it into a luxury resort on either side of the artist. The ambitious estimate is $400,000 to $600,000. It sold for $442,500 including the buyer’s premium to a European private collector. (By Carter B. Horsley) [Other pictures of the work appeared in our last issue.] 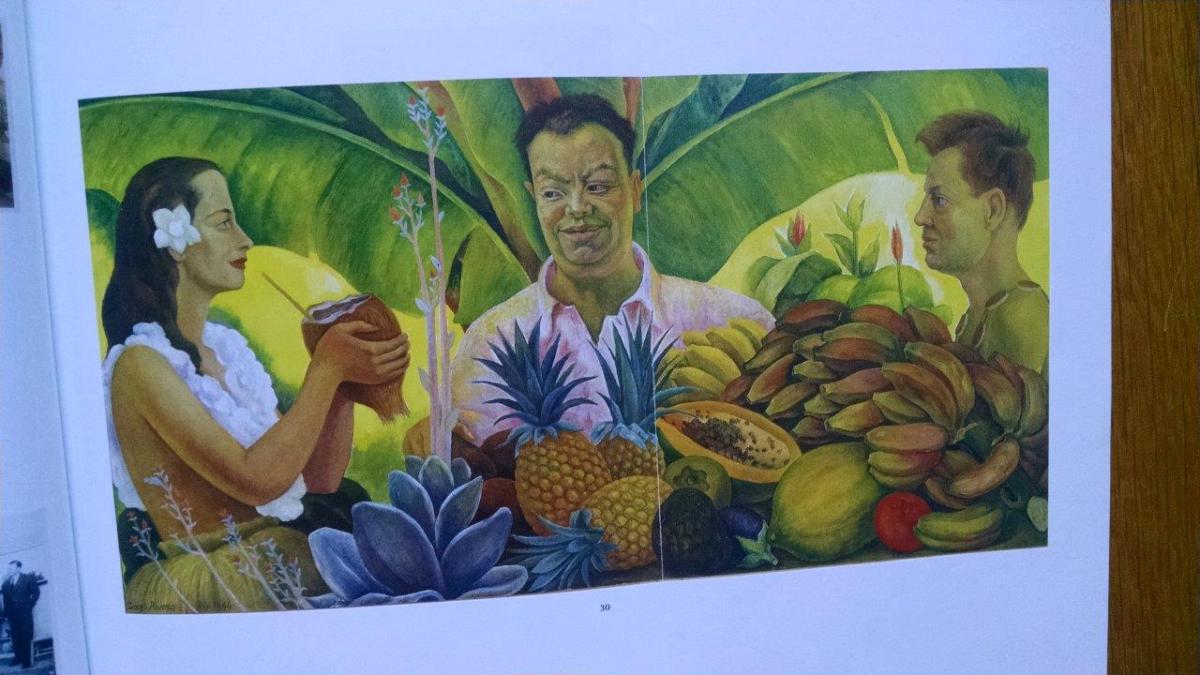 Maureen also followed up on Rivera and his Masonic connections. He may have been a Rosicrucian instead/also. We are trying to get permission to use a photo she found of Rivera in semi-Egyptian garb. It seems, however, Rivera denied he’d been a Rosicrucian when he re-applied for entry into the Communist Party in 1954. He depicted himself as a “mole” collecting information, according to Raquel Tibol in The Snake Appeared! Diego Rivera and the Rosicrucian’s.

The new film Dunkirk is about the evacuation of stranded British troops, pushed to the northern coast of France by the Nazis. This event has always been visceral to me because its last day, June 4, 1940, was the day Rivera himself was “evacuated” from Mexico, crossing the border with Paulette Goddard on his way to San Francisco. Rivera was reading the Dunkirk headlines while waiting in the airports. They added urgency to his mural message: the US must get into the war against the Nazis.